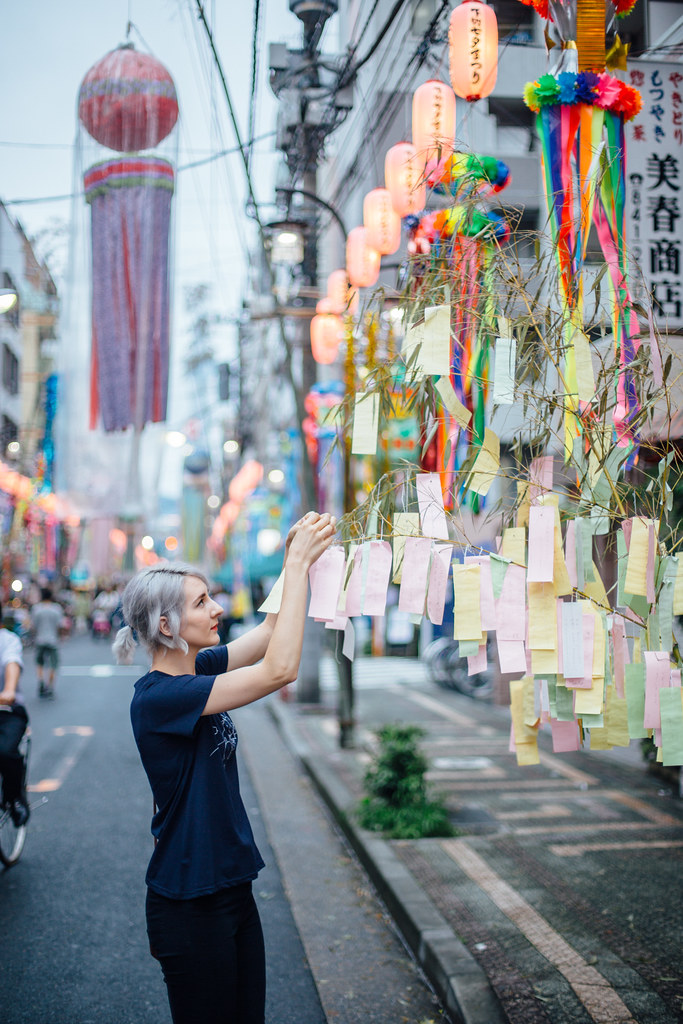 On July 7th, Japan starts celebrating the Star Festival, and festivities last for around a month. The lunar
calendar's August 7th is also considered a celebratory date because the Japanese holiday is based on a Chinese
folk tale. The story goes that the Sky King had a daughter who wove beautiful fabric throughout the sky that made
it beautiful to look at. She was always so busy weaving that she never met anyone or had anyone to love, and she
was sad and lonely. So her father found her a husband, a cow herder, and they fell in love and married. But they
were so in love and wrapped up in each other that they forgot to do their duties, she her sky weaving, and he his
sky herding, and so the sky's balance was thrown off and the sky king was angry and separated the lovers on each
side of the milky way.

The princess was so heart broken and cried so much that her father took pity on her and allowed them to meet once
a year on July 7th. He provides a bridge to cross the milky way river, but if it rains too much, the water rises
and covers the bridge. The first time this happen, she cried and cried until a flock of magpies flew over and made
a bridge with their wings for her to cross. I have a feeling all these details of crying and raining and wetness
have something to do with the fact that tanabata falls right in the middle or end of rainy season in Japan, depending
on the year, and when it's rainy and cloudy you can't see the stars at all, three of which represent the three characters
in the story. 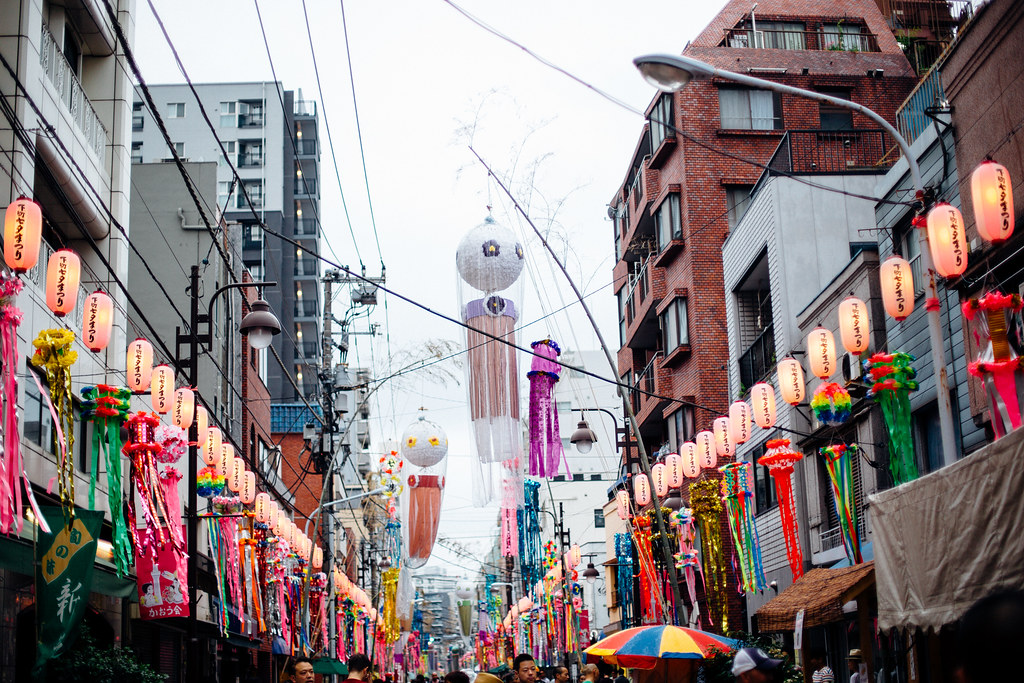 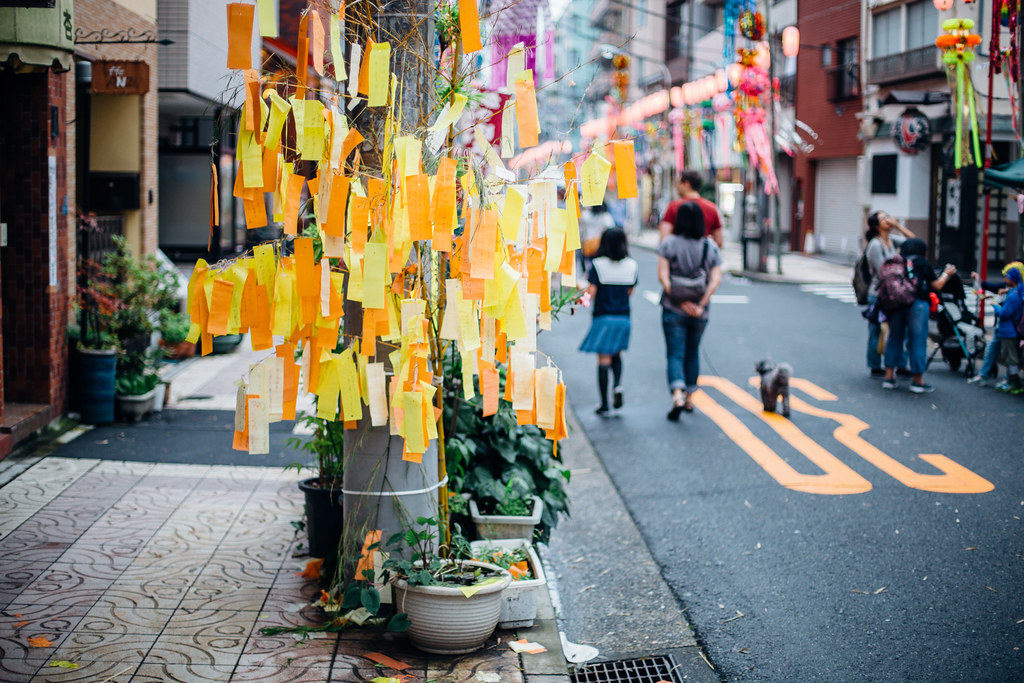 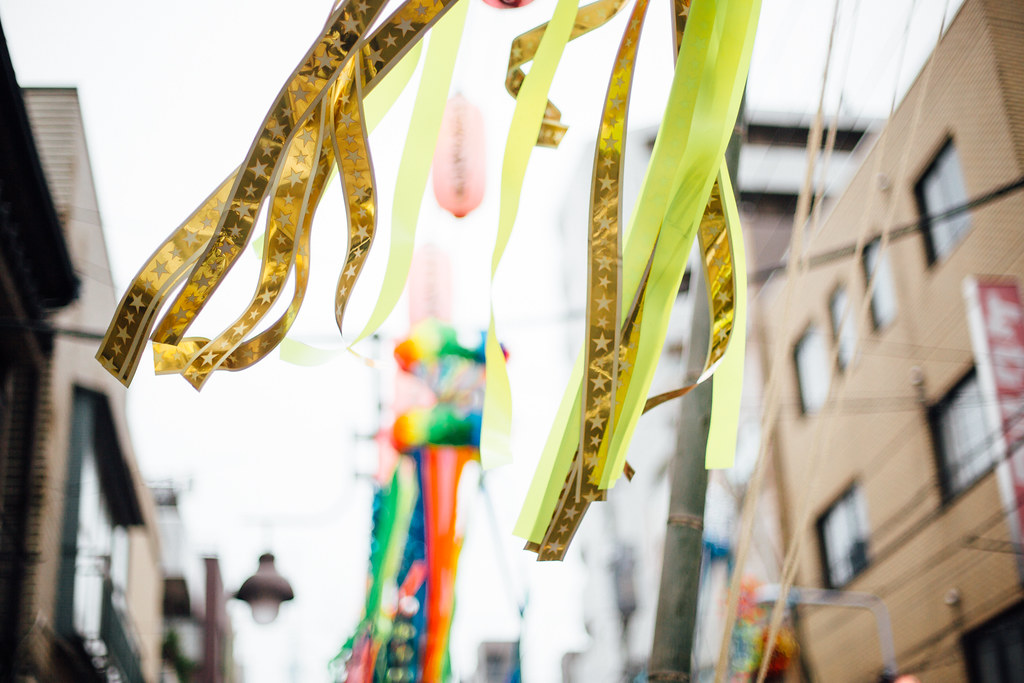 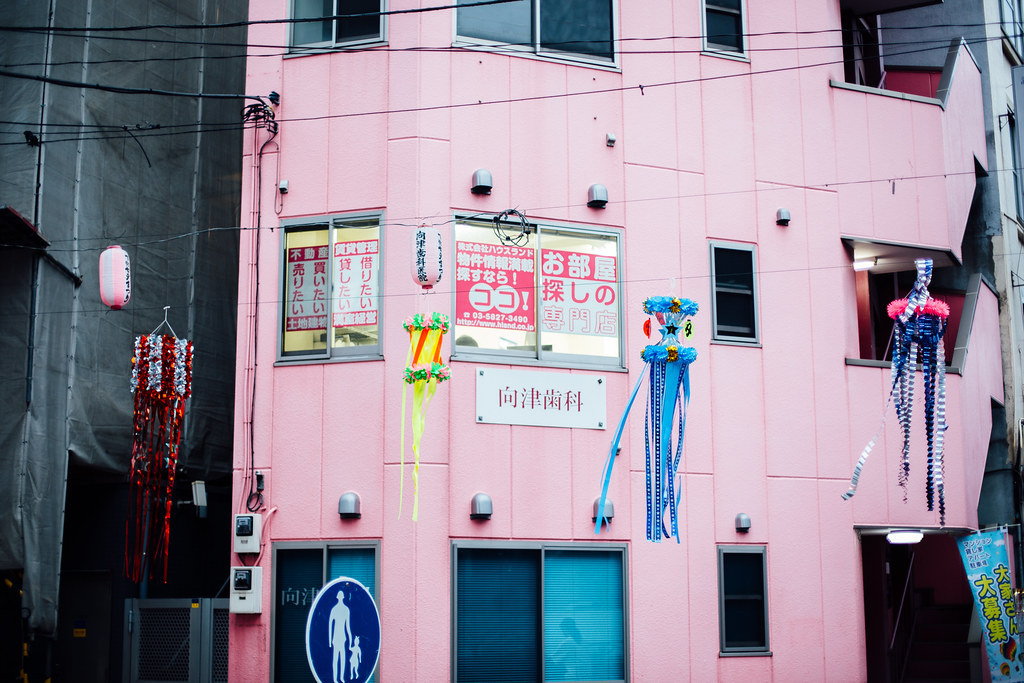 People celebrate tanabata by making paper crafts and chains and decorations to hang on bamboo branches. They write a wish
on colorful paper tags and hope for the sky king to grant it to them on this auspicious day of the star lovers' reunion. We
went to a tanabata festival in Kappabashi to see all the paper decorations and to write out own wishes. 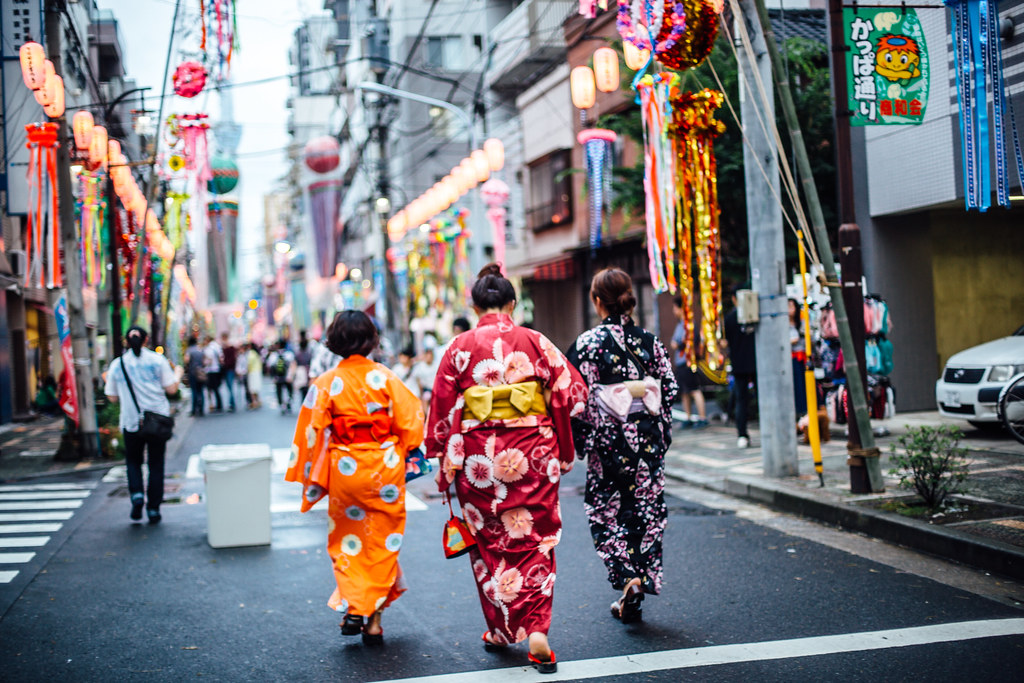 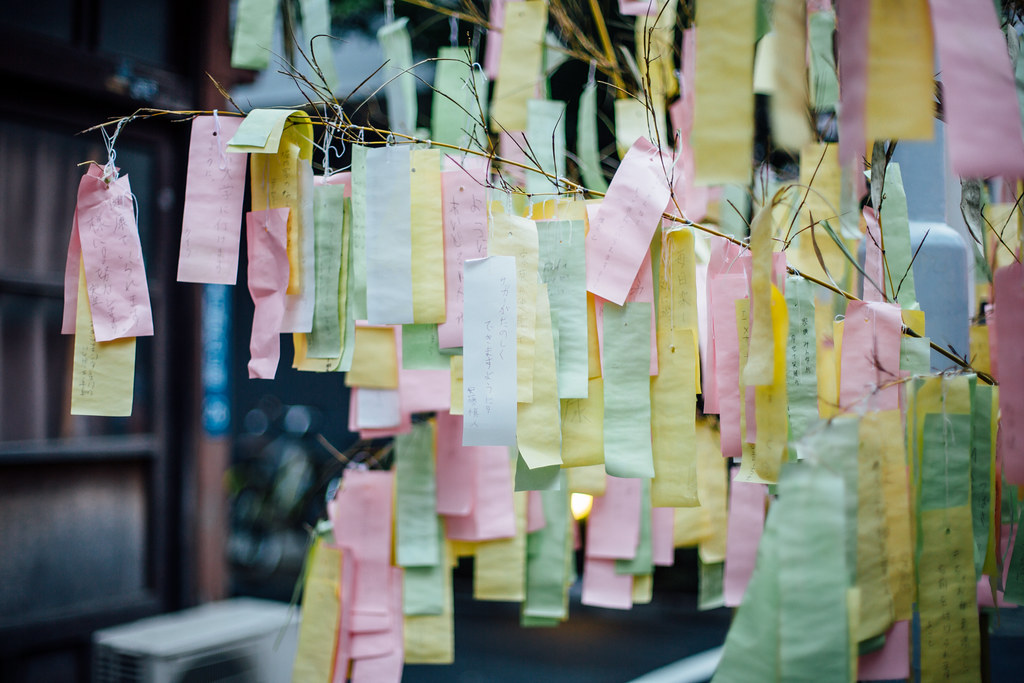 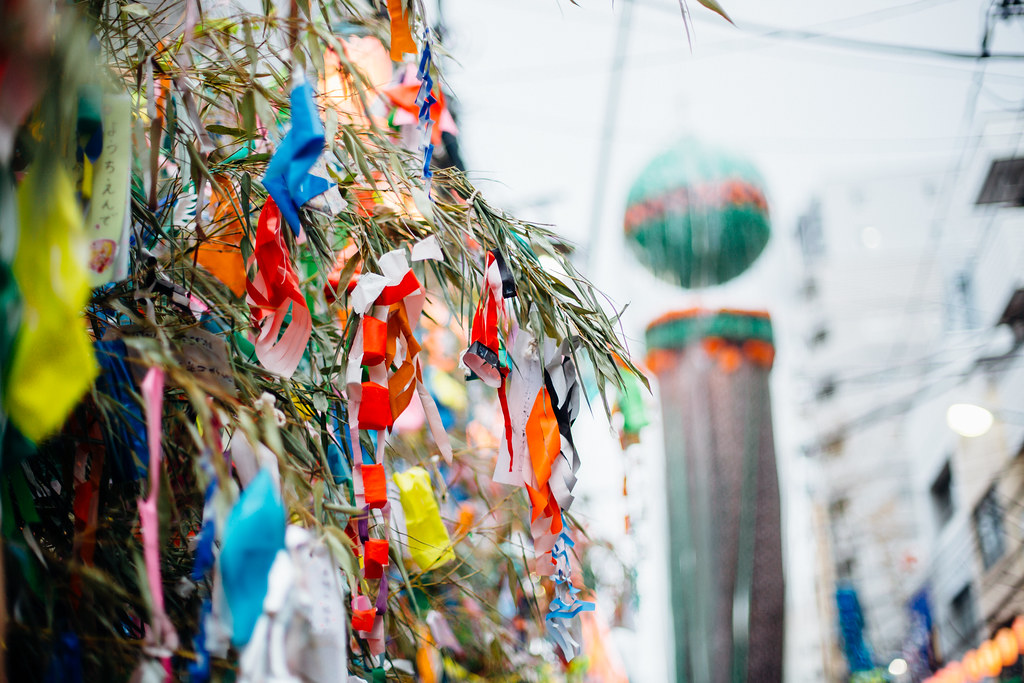 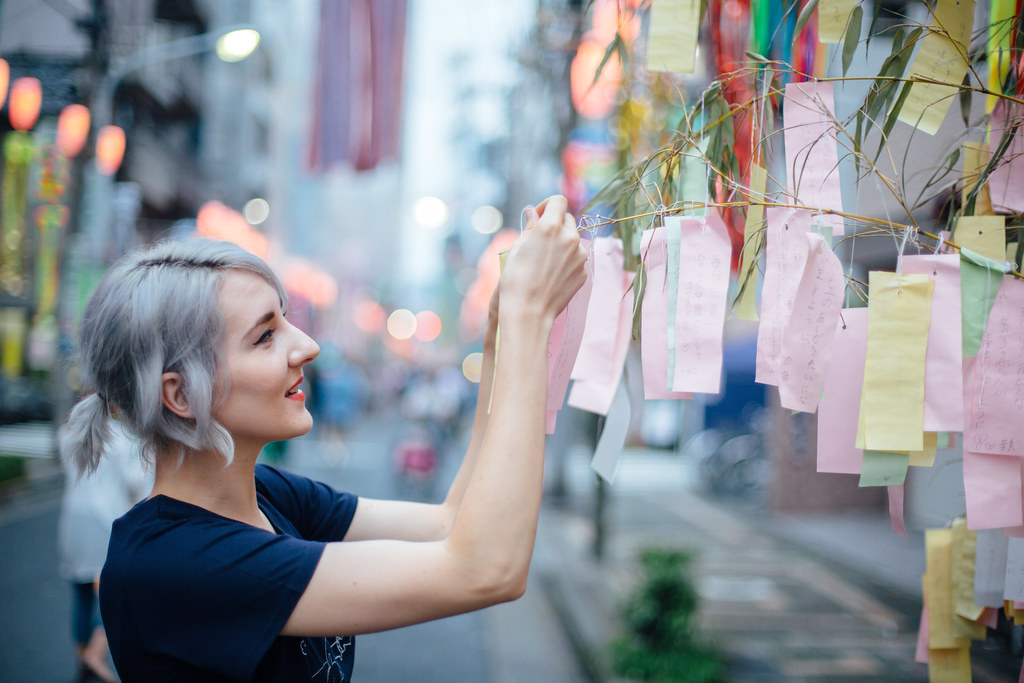 Love,
From Japan,
Kathryn*
Posted by Kitsune-kun at 10:30 AM Hi, I'm Kathryn, and welcome to Kitsune-Kun, a little space on the web in which I like to document my passion for artfully dressing, treasure hunting, exploring, and designing my way through life. I also run a little shop over at etsy selling vintage and some handmade items. Thanks for stopping by!
You can reach me at kb.kitsunekunblog@gmail.com with any questions or offers, and I'll do my best to reply right away!